The framework includes multiple elements that are including in a single NuGet!

And the integration will point you up to your code for successful or failed tests:

Simply add the nanoFramework.TestPlatform NuGet to your project and you're good to go!

Once you'll build your project, the tests will be automatically discovered: 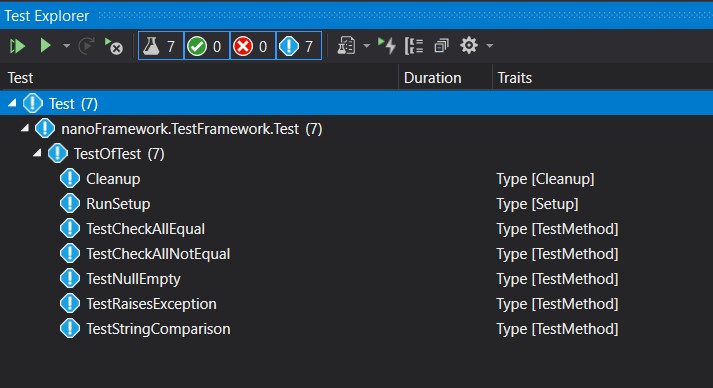 You can then run all the tests and you'll get the result: 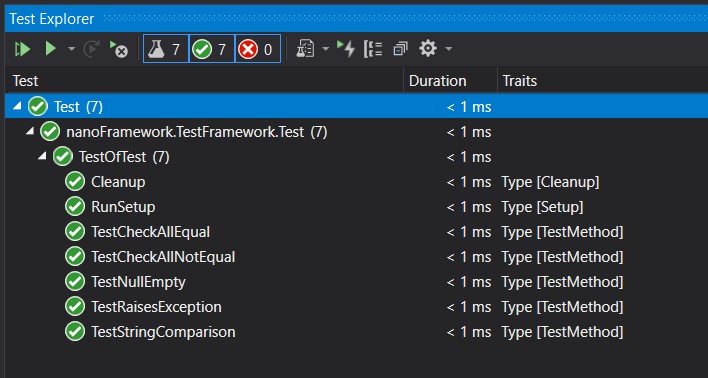 Some tests may be skipped, they will appear like this: 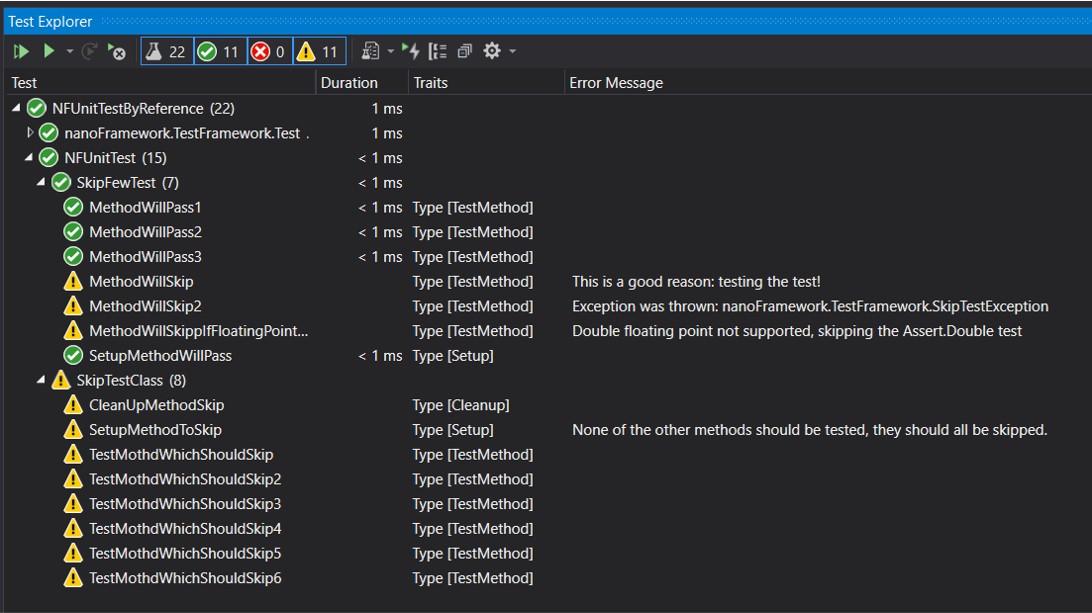 You can as well simply create a new Visual Studio NFUnitTest project that will already contains all the needed elements.

You will find the detailed usage, how to run the tests and the constraints/limitations of the platform in the other documents.

If you are interested into the architecture, please check out this detailed page.