TM1637 is a segments display with 6 characters Led controler. It uses a 2 wire implementation, one for the clock (CLK), one for the data (DIO). This chip can act as well as a key reader. This part has not been implemented. Only the Led display has been implemented. Most of its modern usages are for 4 to 6 segment displays.

You can find this display as Grove elements as well as very cheap with no brand. A search on your favorite online shop will give you lots of options. Those simple displays are used a lot for simple clock for example.

Testing was performed with a HiLetgo part.

You need to create a Tm1637 class with 2 pins, the clock one and the data one. 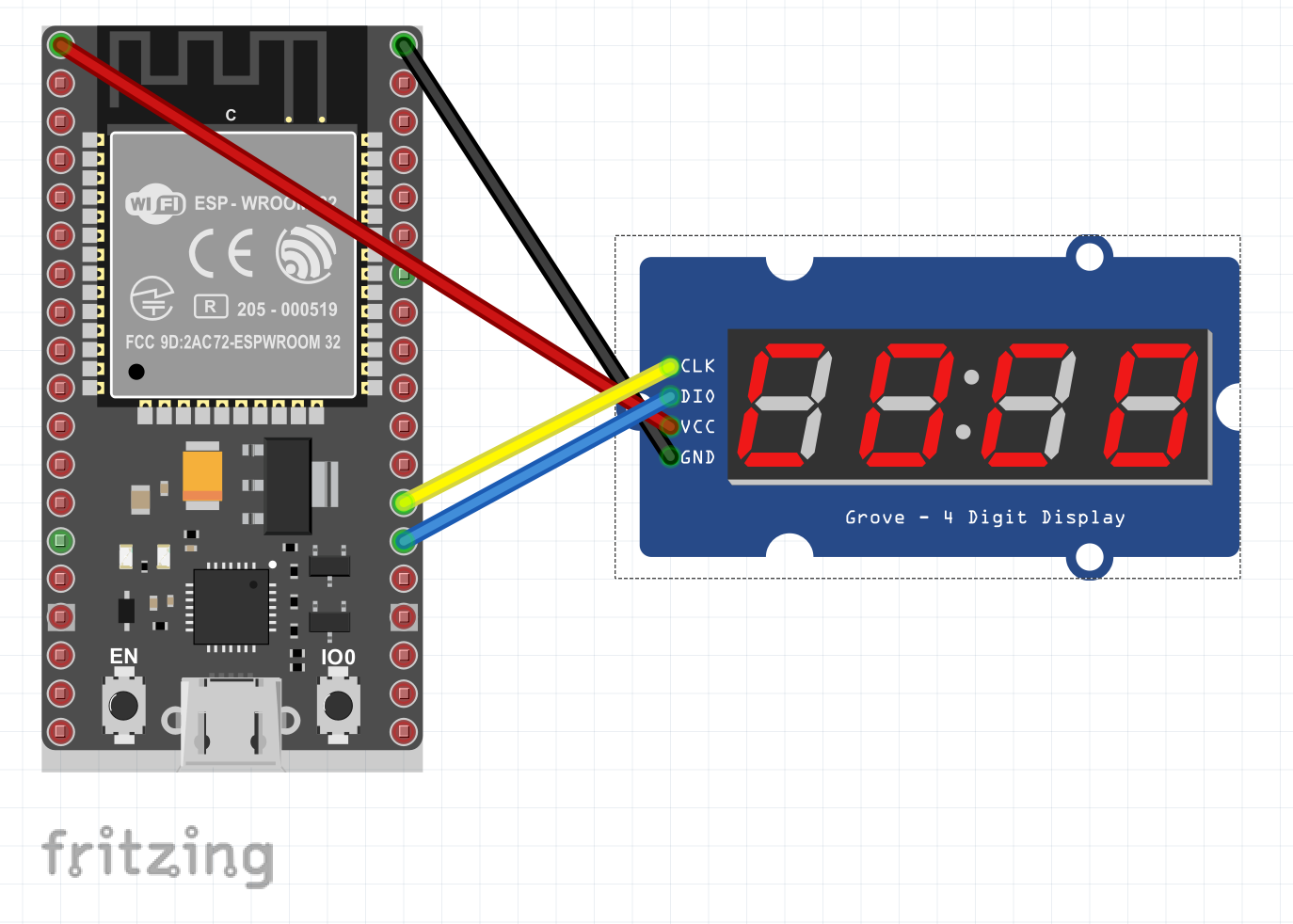 Screen on, off, brightness

It is possible and you have to turn the screen on when you want to use the Tm1637.

As an example, this will blink the screen:

When adjusting the screen brightness from 0 to 7 where 7 is the maximum, the command is immediate.

You can clear the display as well:

Characters are prebuild from 0 to F to facilitate hexadecimal displays on the segments. The following example will display the number 4 then 2 with a dot then A and F.

The maximum size of the buffer is 6.

You can as well display raw data like in the following example:

The maximum size of the buffer is 6.

You can change the order of the characters. In some cases, especially when you have displays with 6 segments split with 2 displays of 3, the order may not be the one you expect.

Make sure you have a length of 6 and all numbers from 0 to 5.